I had the opportunity to sit and discuss our state issues with Republican challenger Jennifer Winn, and I think she is the real shot of adrenalin necessary to revitalize the Republican party in Kansas. Ms. Winn is not afraid to say what she thinks and is definitely challenging the status-quo that has done so much harm to our state during the Brownback reign.

Winn decided to enter the race after reading The New Jim Crow by Michelle Alexander. The corruption of our prison system has led to thousands of young men & women unfairly charged with felonies, approximately 35,000 per year in the U.S. Winn thinks this injustice is unacceptable, and it is clear that the private prison system is profiting not only from tax dollars, but also from free labor. Winn would like to take manufacturing jobs away from private prisons and place them back in the hands of Kansans. She is outraged that our current system invests more money into prisons than public schools, and Winn actively encourages citizens to practice their right of juror veto, in which jurors have the right to refuse to enforce corrupt laws. Learn more at the Fully Informed Jury Association website.

Winn is also a strong advocate for hemp farming and medicinal marijuana, and she is willing to create and support legislation to return this revenue source to our state. Kansas could see as much as $130 million annually, which would in turn support public schools and veteran benefits. Currently, our local government is in a state of denial of the failed War on Drugs; Winn would end the practice of imprisoning non-violent drug offenders. Learn more about hemp farming at VoteHemp.

As a local representative of the National Organization for Women, I of course had to present the issues of abortion, marriage equality, and minimum wage. While Ms. Winn is a conservative Christian, she understands that abortion is a private issue, and not the business of government regulation. She would like to include sex education in public schools, and supports the idea that birth control prevents abortion. She also supports marriage equality, and understands that she must separate her personal beliefs from her public office, if elected.

On raising the minimum wage, Ms. Winn does support a modest increase to insure that workers can support themselves and their families without government assistance. If the Republican party truly wants to see people get off the government dole, then wages must be sufficient to provide for the cost of living. As a business owner, she has the experience to balance the books while providing her employees with a decent income. As for providing jobs, again, she would bring manufacturing jobs out of the prisons and into the public sphere.

Jennifer Winn is not a Koch sponsored tea-party puppet, and would in fact tax wealthy corporations to benefit our public veterans programs. She supports term limits in public office, is offended by the current cronyism of the Brownback administration, and will support legislative reform to restore a government by the people, for the people. Republicans would do well to elect Jennifer Winn over Sam Brownback in the August primary, and wrest the party out of its current corporate choke-hold.

Visit Jennifer Winn on the web to learn more about her campaign, and show up at the polls! http://winnforkansas.com/ 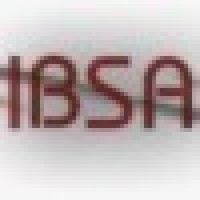 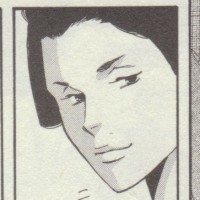